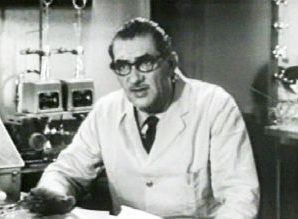 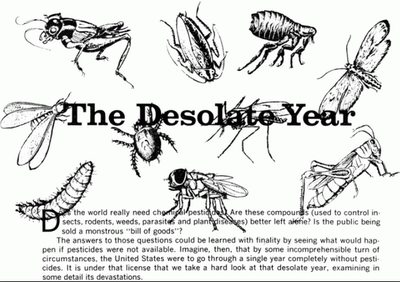 "Since 1980, most acres planted with major crops have been treated with herbicides...the application of improved active ingredients with new modes of action and lower per-acre application rates resulted in a slight downward trend in pesticide use since the 1981 peak, to 516 million pounds in 2008."
http://www.ers.usda.gov/amber-waves/2014-june/pesticide-use-peaked-in-1981,-then-trended-downward,-driven-by-technological-innovations-and-other-factors.aspx#.VQxeIGTF9tb

"New writers carry on Carson's legacy...the ability to reach and inspire large audiences and political activism...directly claim Rachel Carson as their hero and their continuing motivation to write and act. They have testified before Congress, appeared at international treaty negotiations and organized against the environmental causes of cancer, endocrine disrupting chemicals, global climate change and more."
-Rachel Carson's Legacy, Bob Musil 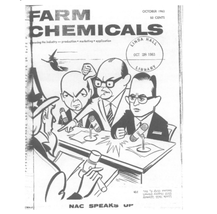 Source: The Pittsburgh Press,September 30th, 1962, "Silent Spring Rips Harmful Chemicals", Roger Latham. Source: The Washington Post and Times Herald, Dec 6th 1962, "Rachel Carson Hints Industry Filters Facts", Jean M. White
"Carson’s critics pushed her to the left end of the political spectrum, to a remote corner of the freaky fringe that at the time included organic farmers, food faddists...One pesticide maker...was more explicit: Carson, the company claimed, was in league with “sinister parties” whose goal was to undermine American agriculture and free enterprise in order to further the interests of the Soviet Union and its Eastern European satellites...Silent Spring, said its more ardent detractors, was un-American."
http://science.time.com/2012/09/25/how-silent-spring-became-the-first-shot-in-the-war-over-the-environment/
"In any large scale pest program, we are immediately confronted with the objection of a vociferous, misinformed group of nature-balancing, organic gardening, bird-loving, unreasonable citizenry that has not been convinced of the important place of agricultural chemicals in our economy.”
http://e360.yale.edu/feature/fifty_years_after_rachel_carsons_silent_spring_assacult_on_science_continues/2544/
"This “Fable for Tomorrow,” as she called it, set the tone for the hodgepodge of science and junk science in the rest of the book. Nature was good; traditional agriculture was all right; modern pesticides were an unprecedented evil. It was a Disneyfied version of Eden."
http://www.nytimes.com/2007/06/05/science/earth/05tier.html?_r=0&adxnnl=1&adxnnlx=1421604065-CUF3ZTD+sD80eVf/e2gniA
"Many foreign countries began to discover environmental problems. Russia, Sweden and New Zealand banned DDT. The Japanese in particular were enraged by the effects of forced-draft industrialization on their lovely country."
http://content.time.com/time/subscriber/article/0,33009,942377-2,00.html
"Ms. Carson used dubious statistics and anecdotes...to warn of a cancer epidemic that never came to pass. She rightly noted threats to some birds, like eagles and other raptors, but she wildly imagined a mass “biocide.” She warned that one of the most common American birds, the robin, was “on the verge of extinction” — an especially odd claim given the large numbers of robins recorded in Audubon bird counts before her book."
http://www.nytimes.com/2007/06/05/science/earth/05tier.html?_r=0&adxnnl=1&adxnnlx=1421604065-CUF3ZTD+sD80eVf/e2gniA