"Carson had long been aware of the dangers of chemical pesticides but was also aware of the controversy within the agricultural community which depended on pesticide use to increase crop production. She had long hoped someone else would publish an expose’ on DDT but eventually realized that only she had the background as well as the economic freedom to do it."
-  U.S. Fish & Wildlife Service, October 2006, "Rachel Carson: A Conservation Legacy" 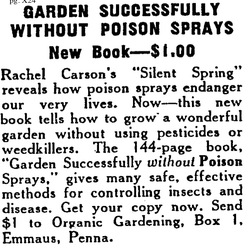 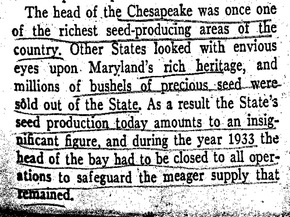 "Subsequent historic spills have brought a great many future developments...disaster awakened international awareness, particularly in Europe, of the economic and environmental vulnerability of the seas and coasts to the carriage of crude oil."
-The Woes of March, North American Marine Environment Protection Agency
Leaders are not afraid of the professional risk that comes from challenging the established thinking.
Leaders inspire, create and produce.
Leaders educate the next generation of thinkers.
http://www.nytimes.com/2012/10/28/business/rachel-carsons-lessons-50-years-after-silent-spring.html?pagewanted=all 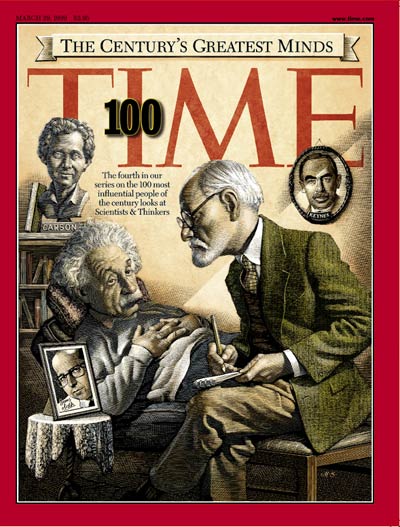 http://www.environmentandsociety.org/exhibitions/silent-spring/silent-spring-international-best-seller - INTERNATIONAL LEADERSHIP IN THE 60's


interviews with Eric Sevareid for CBS